How our bodies are meant to work

Stress isn’t just a modern phenomenon. It’s part of our evolutionary history, and the ability to survive periods of famine, warfare, and predators shaped natural selection. The stress response is an essential reaction that allowed us to react to an attack by a lion. When the brain senses danger, it triggers release of a cascade of hormones into the bloodstream, including cortisol and adrenaline that increase blood pressure, heart rate, and release free fatty acids and glucose from the liver.

This activation is designed to give enough energy to escape or defeat the stressor, better known as the ‘fight or flight response’.

Theoretically, this is a short-term response, after which stress hormones, sugars and cholesterol return to normal and the body and mind is at rest.

How we anticipate stress

We now live in a more artificial environment than our ancestors, one dominated by desk jobs, convenience foods, blue light, and many other factors that put us into a state of ‘fight or flight’.

Delays, miscommunication, inconveniences are everyday factors that the mind perceives as stress and the body reacts as if we are being chased by that lion.

How stress affects our body

If stressful events become habitual, the body continues to secrete stress hormones and blood pressure remains elevated. You might feel irritable, experience poor concentration or insomnia. In a three-stage adaptation response to stress, this is known as the ‘resistance’ stage, in which the body adapts to living with a higher stress level. But if this stage continues for too long, it can lead to the ‘exhaustion’ stage, where chronic stress leads to burnout and illness.

Although most of us experience periods of stress at some point in our lives, we don’t always experience it in the same way. See if you recognise yourself in any of these ‘stress types’: 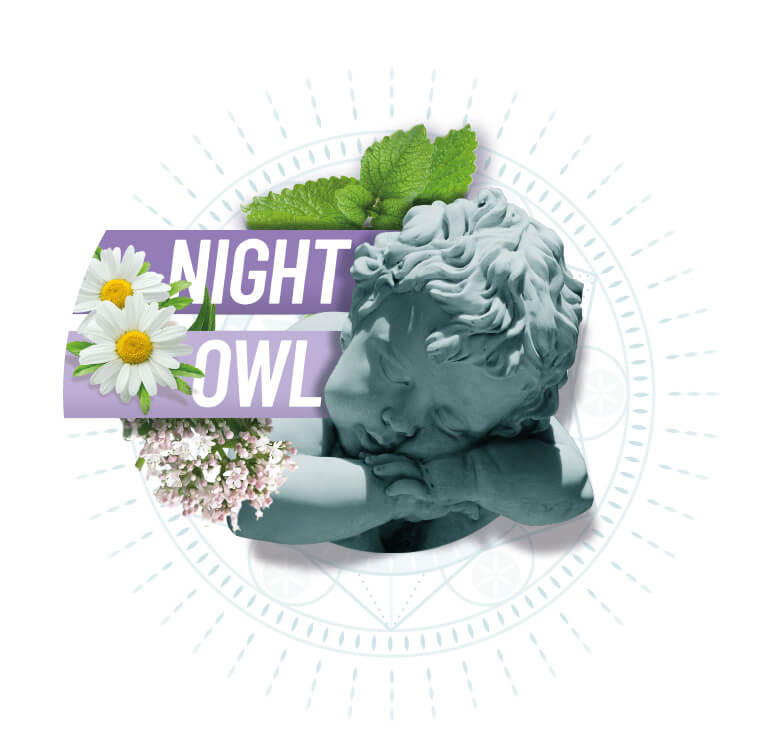 For the Night Owl relaxing before bed can be especially difficult and can lead to a hard time falling or staying asleep. You may be prone to repetitive thoughts, reliving the past or worrying about the future, which can make you anxious and restless.

As a Night Owl you may be tempted to check your phone at night, or catch up on urgent tasks to get ahead, but this can be counterproductive. Find out more about The Night Owl. 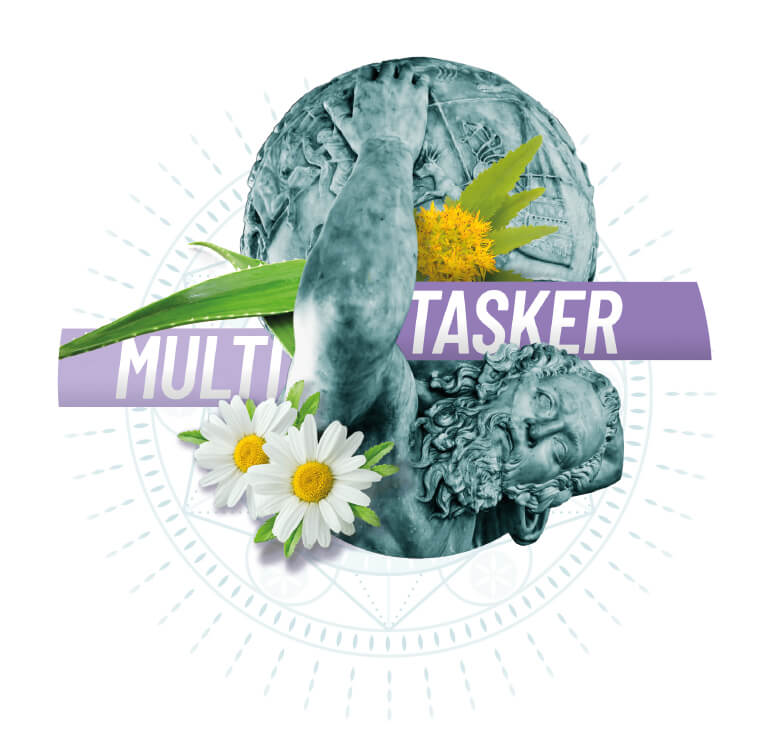 The Мultitasker has many tasks to juggle and an endless to-do list. You can find it difficult to relax and may feel as if you are constantly working against the clock ‘because there are never enough hours in the day’.

You tend to push yourself, putting your personal needs last, which can make you feel exhausted and overwhelmed. You would like to feel greater emotional harmony and resilience. Find out more about The Multitasker. 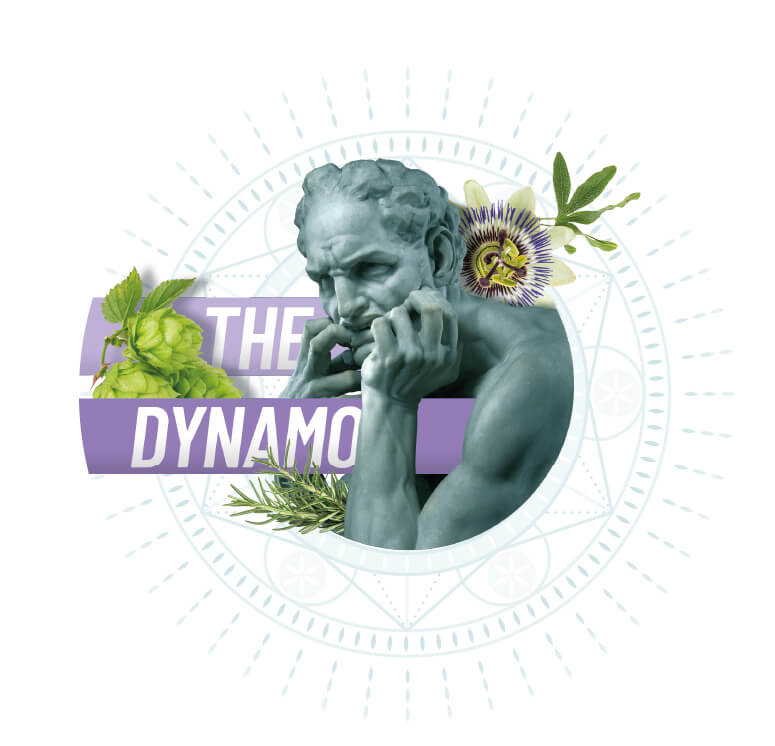 As a Dynamo you may thrive on going a hundred miles an hour. You may feel wired, talk fast, may be fiddly, energetic, or sometimes hyper. However, patience is not your best virtue and you can feel irritable when things don’t go to plan. You may be prone to ‘nervous stomach’. You would like to feel calmer and more in control of your emotions.

Find out more about The Dynamo. You are attracted to activities that make you feel centred and grounded, like mindfulness, meditation, and yoga. A bit of a warrior, people are drawn to you because of your empathic nature.

However, sometimes you take too much on and other people’s energy can throw you ‘off balance’. Above all, you are a natural seeker drawn to forging your own spiritual path to fulfillment.

Find out more about The Yogi. The Thinker has lots of plans and big ideas but can find it hard to pin all the thoughts down or finish an important task. You may have trouble focusing, or suffer from brain fog, which can sap your motivation. If you work long hours at a screen, or are studying for an exam or interview, you’d love to have greater powers of concentration and mental clarity.

To find out more about The Thinker click the button below.

We use cookies on our website to give you the most relevant experience by remembering your preferences and repeat visits. By clicking “Accept All”, you consent to the use of ALL the cookies. However, you may visit "Cookie Settings" to provide a controlled consent.
Cookie SettingsAccept All
Manage consent

This website uses cookies to improve your experience while you navigate through the website. Out of these, the cookies that are categorized as necessary are stored on your browser as they are essential for the working of basic functionalities of the website. We also use third-party cookies that help us analyze and understand how you use this website. These cookies will be stored in your browser only with your consent. You also have the option to opt-out of these cookies. But opting out of some of these cookies may affect your browsing experience.
Necessary Always Enabled
Necessary cookies are absolutely essential for the website to function properly. These cookies ensure basic functionalities and security features of the website, anonymously.
Functional
Functional cookies help to perform certain functionalities like sharing the content of the website on social media platforms, collect feedbacks, and other third-party features.
Performance
Performance cookies are used to understand and analyze the key performance indexes of the website which helps in delivering a better user experience for the visitors.
Analytics
Analytical cookies are used to understand how visitors interact with the website. These cookies help provide information on metrics the number of visitors, bounce rate, traffic source, etc.
Advertisement
Advertisement cookies are used to provide visitors with relevant ads and marketing campaigns. These cookies track visitors across websites and collect information to provide customized ads.
Others
Other uncategorized cookies are those that are being analyzed and have not been classified into a category as yet.
SAVE & ACCEPT
Powered by